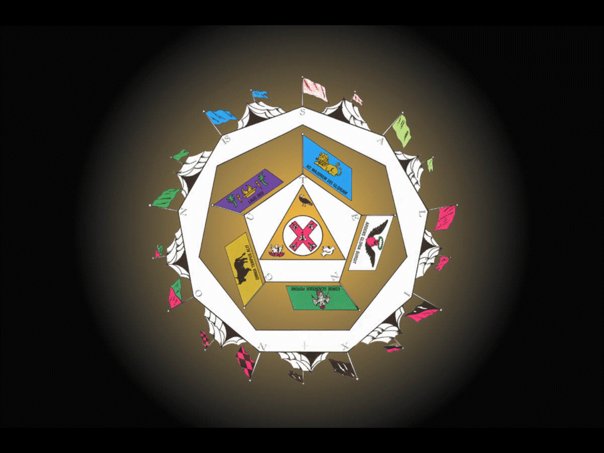 Scottish Rite degrees usually are, and always should be when possible, put on in costume by carefully trained casts. Many of the ceremonies are very elaborate, requiring a small army of workers; when well done, they attract brethren from many miles away. Indeed, so difficult are some of the ceremonies, and so extensive the facilities and preparation required, that many are seen but once or twice a year. 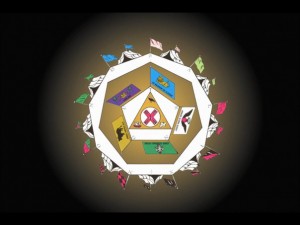 From this has arisen that custom which Scottish Rite Masons know as the “Reunion” – a gathering of Scottish Rite Masons from all over a State to see and take part in the degrees given to a “class”;  Not all Bodies of the Rite put on all the degrees in any one Reunion. Those which are omitted are communicated, and often those not “worked” in one reunion are staged in the next. In any “class” the final degrees in each of the four bodies are invariably staged. Elective and appointed officers in each of the bodies may take part in degrees, but do not necessarily do so.

The degrees are elaborate, costumed ceremonies, many of them requiring a much larger cast than could be supplied from an official line. The ceremonies are difficult and intricate, their scenic investiture large; they offer great opportunities for workers who have talent and ability. Teams for the various degrees frequently remain intact for long periods of time, the brethren perfecting themselves from year to year until they are, literally, “Past Masters” in their work.

The initiate usually sees a spectacle “The degrees are put on before the candidates rather than worked upon them) which is in the hands of trained experts, many of whom have done the same part for years.  The reunions in Utah are traditionally the third week of April and the third week of November. 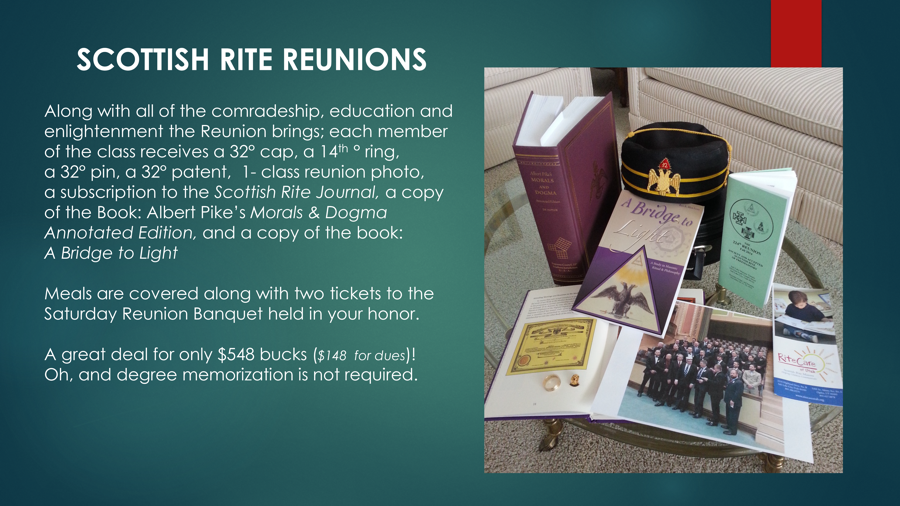 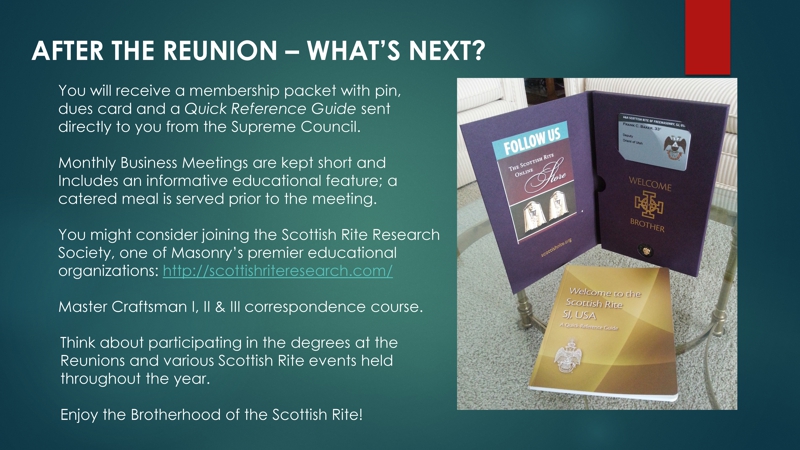