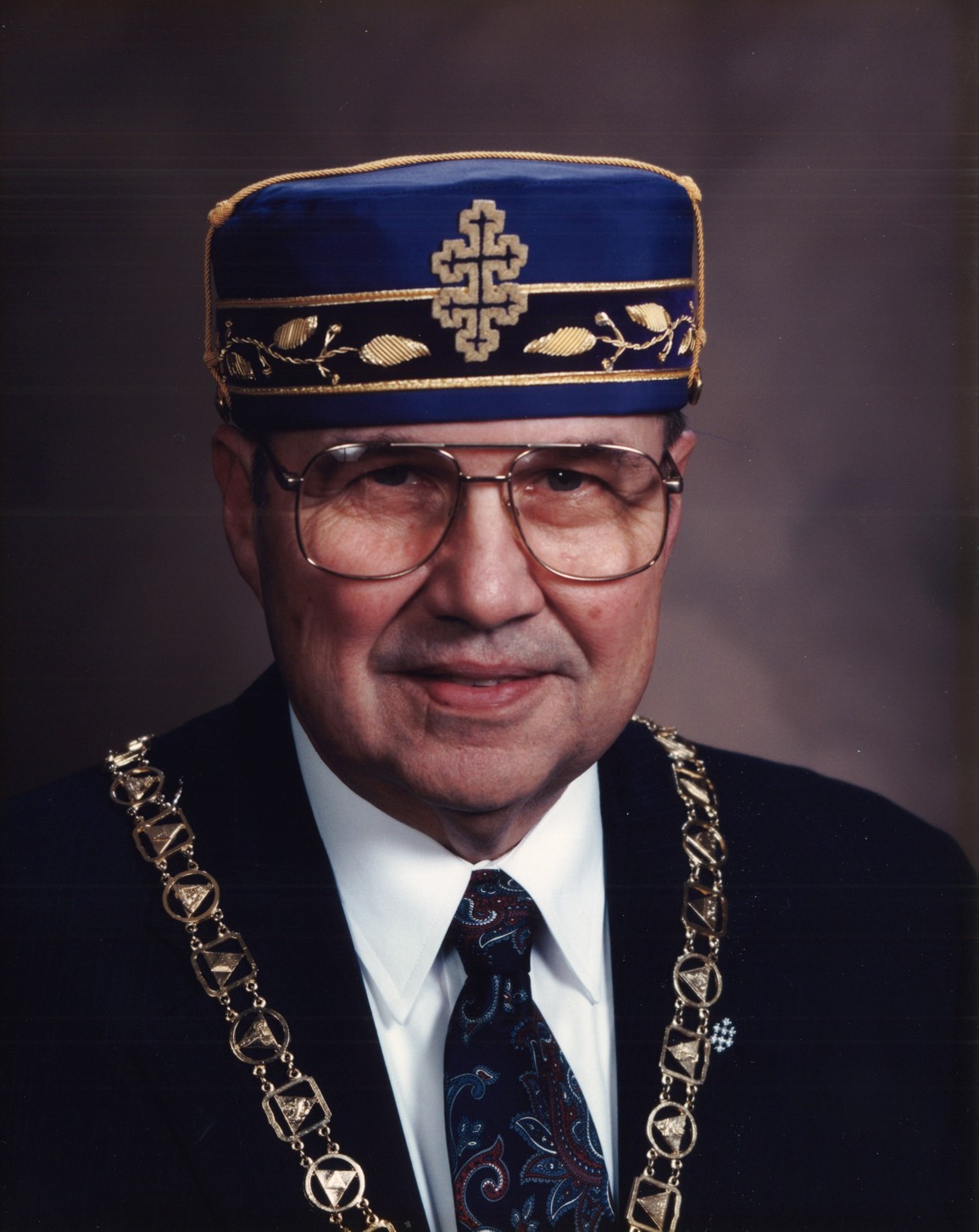 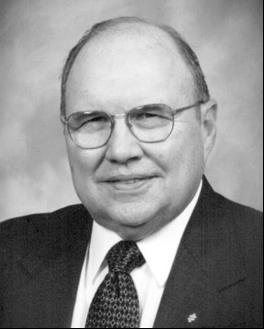 Curtis N. Lancaster was born July 25, 1934 to Hugh and Dixie Lancaster in San Angelo, Texas. They moved to Agua Dulce, Texas, where he met and later married Janet Quebe on September 3, 1955. He earned a Bachelor of Science Degree in Industrial Engineering from Texas A&M University in 1957. He was designated a Distinguished Military Student in the Corp of Cadets at Texas A&M, was a member of the elite Ross Volunteers drill team, and was commissioned a 2nd Lieutenant in the U.S. Army. Military service included Basic Officers Military Orientation Program at Ft. Belvoir, VA, and a tour of duty in the 17th Engineer Battalion of the 2nd Armored Division at Ft. Hood, TX. After military service, he chose the aerospace industry as his professional pursuit. He initially worked with several divisions of North American Aviation, in the early stages of developing solid rocket propulsion. He became associated with Thiokol Corporation in developing the Minuteman ICBM missile system, and over a period of 33 years was responsible for a number of research and development programs for strategic and tactical weapons systems, development and production of the automobile safety restraint system, new business development, and business management of a $119 million SRM nozzle development and production program. He retired from Thiokol in 1992. 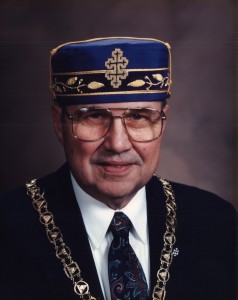 shipful Brother Lancaster began his Masonic career in 1967 in Amity Lodge No. 23 in Brigham City, Utah and subsequently served as Worshipful Master three times. He was a Life Member of that Lodge, and was also a member of Sul Ross Lodge no. 1200 in College Station, Texas. He was appointed an officer in the Grand Lodge F&AM of Utah in 1977, was elected Junior Grand Warden in 1980, and installed Most Worshipful Grand Master in 1983. He has served the Grand Lodge on many committees; most recently the Jurisprudence Committee for 22 years, and Chairman of the Fraternal Relations Committee. He founded the Past Grand Masters Association of Utah in 1985, and has served as its president since that time. He served as a member of the Commission on Information for Recognition for the Conference of Grand Masters of North America from 1982 to1989, and in 2000 was elected the Secretary-Treasurer of that commission, serving in that capacity since then. In the Scottish Rite of Freemasonry, he was made a 32° Master of the Royal Secret in 1967, and was a Past Venerable Master of the Lodge of Perfection, a Past Degree director, and a cast member of several degrees. He was invested with the rank and distinction of a Knight Commander of the Court of Honour in 1979, and coroneted a 33° Inspector General Honorary in 1985. In 1990, he was appointed a Deputy of the Supreme Council of the Southern Jurisdiction of the U.S.A., and in 1995 was crowned an active member of the Supreme Council, and Sovereign Grand Inspector General in Utah. He was elected Lieutenant Grand Commander of the Supreme Council in 2003, and served as Vice President of all the Supreme Council Foundations. He was currently serving on the Finance, Jurisprudence and Legislation, Fraternal Relations, and the Strategic Planning Committee. He was a Life Member of the Scottish Rite Research Society. Ill. Bro. Lancaster established the Scottish Rite Foundation of Utah serving as its Chairman until he retired and was elected Chairman Emeritus in April of 2014. He also instituted the Scottish Rite Care Program in Utah, and served on the Board of Directors for the two Scottish Rite Children’s Learning Centers in the state.

After joining the York Rite of Freemasonry in 1969, he served as the presiding officer in all three constituent bodies. He was elected to membership in Priory No.47, KYCH, and served as the Prior. He has served as Grand High Priest, Grand Illustrious Master, and Grand Commander of the Grand York Rite Bodies in Utah. He was a member of the Convent General, KYCH, and holds the distinction of Knight York Grand Cross of Honor. He was a Past Eminent Preceptor of H.R.A.K.T.P.; Past President of the Order of High Priesthood; Past Thrice Illustrious Master, Order of the Silver Trowel; and member of the Past Commanders Association of Utah. He was a member of Camp Floyd York Rite College, and has received the Order of the Purple Cross. He has been the recipient of the Cryptic Mason of the Year award, and the Youth Leader of the Year award. He has served as the Chairman of the Grand York Rite Jurisprudence Committee for the last twelve years. He was a Past Sovereign of Bonneville Conclave, Red Cross of Constantine, and served as Intendant General for the Division of Utah. He was elected to the line in the United Grand Imperial Council in 1999, and served as Grand Sovereign of the United Grand Imperial Council during 2004-2005.

Illustrious Brother Lancaster was active in many other Masonic organizations, having served as Potentate of El Kalah Shrine in 1981, and Director of Court No. 49, Royal Order of Jesters. He was an emeritus member of the International Supreme Council, Order of DeMolay; and served as Executive Officer in Utah for seven years. He holds the Honorary Legion of Honor, and serves as Chairman of the International Relations Committee. He was the Founder and President of the Utah Masonic Youth Foundation. He was a member of the Order of Eastern Star, and served as Worthy Patron three times. He was a member of the Chevaliers Bienfaisants De La Cite Sainte (CBCS), St. Thomas of Aeon, Knight Masons of America, Allied Masonic Degrees, Grand College of Rites, Rosicrucians, Council of Nine Muses, Royal Order of Scotland, National Sojourners, Heroes of76, Utah Research Lodge, Texas Lodge of Research, Southern California Research Lodge, and the Masonic Book Club. He was a member of the Texas Grand Lodge’s Sam Houston Hall of Fame. He was the Guest Lecturer for the 31st W.B. Jack Ball Lecture of Albert Pike Lodge No. 1169 in San Antonio, TX.

Brother Lancaster was an ordained Deacon in Mountain View Baptist Church of Layton, Utah, and served as Treasurer, Chairman of the Church Council, Chairman of the Long Range Planning Committee, and member of the Budget and Finance Committee.
He is survived by his wife Janet, children Nancy L. Lancaster, Alan D. (Evonne) Lancaster, and Steven D. Lancaster; six grandchildren and one great grandchild; and his brother Bruce (Linda) Lancaster.
A memorial service will be held on Saturday, August 23, 2014, at 10:00 a.m. at the Salt Lake Masonic Temple, 650 E South Temple, SLC.